At last nights (October 5th) meeting of Castlelyons Community Council the cards were given out for our 12 month community superdraw (permit pending). Over the next couple of weeks your local Community Council representative will call and your support will be very much appreciated.

All money raised will go towards paying off the Parish Development Loan. 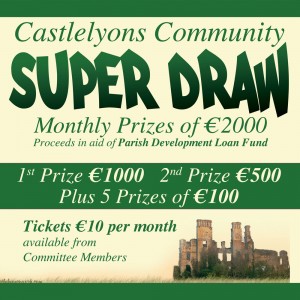 A new stone nameplaque has been installed at the entrance to Ballyarra and Hillside View terraces.
On foot of last years Tidy Towns adjudication, where marks were lost because of this, it was decided to erect a limestone name sign in keeping with other signs in the area. The nameplaque looks great, thanks to the Tidy Towns group for their work. 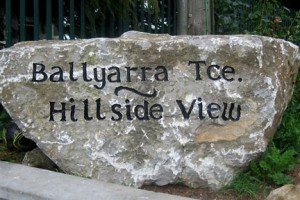 Hot on the heels of the success of Coolagown in the Tidy Towns and European Entente Florale competition the parish has again come up with a major winner. The Kent family from Abbeylands has just won the All-Ireland National Farmyard award in the equine section. This competition, which is featured weekly in the Irish Farmers Journal, is judged on tidiness, health and safety ,general appearance, environment and recycling. The judging took place last July when adjudicators from Teagasc, The Farmers Journal and the competition sponsors – FBD insurance toured the country visiting all of the competition entrants before whittling down the number and eventually deciding on the winners. The competition had several categories including dairy ,equine, pigs and poultry, livestock and tillage and the winners were announced at the recent National Ploughing Championships in Athy. Congratulations to Edmund, Rita and family on their success.
(All photos below courtsey of Irish Farmers Journal)

The ducks are acclimatising well to their new home  in the picnic park. It is hoped to release them in the next week or so as they  are almost ready to fly and so avoid danger. The threat of dogs and mink has been  minimised especially after the capture of 1 mink on Tuesday evening only yards  from the release pen. These animals are killing machines and capable of killing  for fun not just for survival. Our thanks to the local Trout Anglers for  their help and advice. 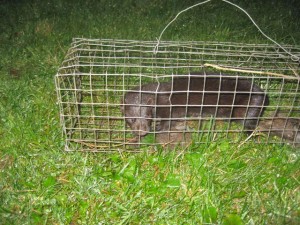 Mink which was caught in the Village Park recently

Castlelyons put its best foot forward in last nights National Night of Culture when a full crowd turned out to see an array of local talent showcasing all that is good in drama ,comedy, recitation, singing, dancing and a good yarn thrown in for good measure. The night was set in the pub of Billa and Nonie (none other than James Ronayne and Anne Hegarty-who else?) and at times it did seem like part of a pub session in one of the local hosteleries. The night opened, like many other occassions,with our very own Castlelyons Pipe Band who gave a few rousing tunes on the pipes. Next up was Jimmy Morrison and family on accordion who played some lovely tunes followed by the O’Donovan family and Fermoy Comhaltas including step dancers and musicians with some foot tapping and clap-along jigs and reels very much appreciated by the lively audience. Liam Crowley, our adopted son, had the crowd in hysterics with his own take on some well known songs and not to be outdone Eamon “the Transit Van” Fitzgerald had the crowd roaring for more with his “Why I won’t be at work today”. The first half was completed with songs and recitations from our local national schools and 2 beautiful songs performed by Sarah Barry. Our Gospel Choir opened the second half with outstanding solo performances from Holly McGrath, Pauline Kiely, Shane Murphy and Ciara O Connor. END_OF_DOCUMENT_TOKEN_TO_BE_REPLACED

Just to warn our parishioners that there have been a number of car break-ins recently in local car parks including 3 in the last 2 days at the school carpark and also at the church carpark.

So please be vigilant when parking cars in carparks (or at any location). DO NOT leave handbags, wallets tor any other valuables insight and if you notice any suspicious cars or activity, please note the REG number or any outstanding details that can assist the Gardai if ever needed. Just to note one of these break ins occurred in broad daylight in a very open and public area.

In the run up to Christmas these occurences may become more frequent so again please BE VIGILANT.

To make people more aware of our Natural Heritage (flora & fauna) around us  we in the Tidy Towns Group are hoping to have all the wild birds, butterflies, insects and mammals of the parish photographed over the next year or so with your help.

So what we are asking our parishioners to do….. is to take photographs of all wild birds, mammals and butterflies/insects found within a 10 mile radius of Castlelyons and email these to photos@castlelyonsparish.com. These photos will then be recorded in the Photo Gallery on the Parish Website where Albums will be set up under the different categories.

We are starting this project with Birds and so this album currently has a square for each bird that is native to our area, once we receive a photo of this bird it will be added to this space. The person who takes the picture will be acknowledged on each photo.  All wildlife has been documented (the birds, from the Bird Atlas survey carried out by Birdwatch Ireland  volunteers) as present…. in the general area so get snapping and lets add something new to our parish. Check out the Gallery here. 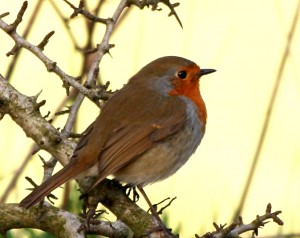 In a pulsating Premier Minor hurling championship final Castlelyons fell just short at Pairc Ui Rinn on Sun.night last against a very fancied Blackrock team. In a hugely entertaining game Castlelyons were beaten by 5 points on the score of 1-16 to 1-11. The 5 point deficit at full time did not do justice to the Castlelyons performance as on the 60 minute mark with just 3 points separating the teams we had a shot come off of the upright and back out to play. Blackrock added 2 further points in injury time to secure victory. It was an outstanding performance from our minor team and one of which they should be very proud.

Having to move up to the top grade this year because of last years B-grade final victory we were given no chance early on but after victories over Dunhallow,and two outstanding successes over Midleton and St. Finbarrs the stage was set for a crack at hurling kingpins Blackrock. Unfortunately it was not to be this year but the team can take heart at the great value and pride they gave us supporters throughout the summer months. It was a great team performance with one outstanding individual performance from captain and “man of the match” Eoin Barry. Among the very large attendance was Cork selector and former goalkeeper Ger Cunningham who a few years ago gave Eoin some coaching lessons. He must be well pleased with himself at Eoins performance not to mention some other great displays on view. We look forward to having more representatives wearing the blood and bandage of the rebel county in the not too distant future.

It is hoped to commence a community draw shortly to help reduce the debt from the various purchases and projects over the last number of years. The draw will begin on the last Saturday of October and continue for 12 months. €2000 in prizemoney will be given out each month. This will consist of a 1st prize of  1000, 2nd prize of €500 and 5 prizes of €100 plus a bonus prize for fully paid up members.

The debt has been accumulating since the Fr. Ferris field was purchased in 2000. The car park was added on followed by the childrens playground, the purchase of the field beside the church, the construction of the Fr. Ferris sports field, the lime kiln restoration, and finally the fully lit walkway around the perimeter of the Fr. Ferris Field. The total expenditure for all these projects has come to almost € 400,000 of which about € 80,000 remains outstanding. Tickets are priced at €10 /month ( € 2.25 / week ) and will be available shortly from any member of the Community Council.

We fully appreciate the difficult times we are in at the moment but we hope people can appreciate the value that is being got from all these worthwhile projects not to mention what the community would be like without them. Please support this community fundraising draw as best you can. Thank you.

“I have a dream…….” Last night news came through from Slovenia that Coolagown had won the European competition the “Entente Florale” for 2011. This is a phenomenal achievement coming on the back of a gold medal in the National Tidy Towns competition 2 weeks ago. The competition aims to promote a more pleasant and greener environment for communities with floral displays being an important component. Congratulations and well done to everyone involved. 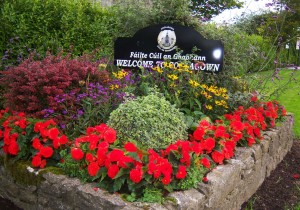 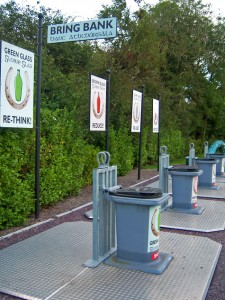