Major Coup for our GAA Club

In what is a huge vote of confidence in our Premier Intermediate hurling team our local GAA club has secured the services of top intercounty hurling coach Justin McCarthy. In an announcement at last nights meeting it was revealed that Justin would be in charge of the the team for the coming season and attempt to regain top flight status once again for our talented hurling team. Since being demoted a few years back the team have been rebuilding and under the charge of Maurice Geary and his co-mentors over the last few seasons the team has made steady progress and were only beaten by a point by eventual winners Courcey Rovers in this years championship. Now with a mixture of age,experience and some very talented younger players from U-21 and minor grades it is hoped that Justin will weave his magic and be the catalyst for a successful year ahead. Having trained no less than Waterford, Limerick and Clare in recent years Justin is famous for his passion of the game and no-nonsense approach. He is no stranger to Castlelyons having given one-off training sessions and pep talks to the team on a number of occassions down the years. He managed Cork to win the All-Ireland title in the Centenary year (1984) and was also an accomplished hurler himself (one of the most stylish and skillful ever to wear the Cork jersey) playing for Cork during the 60’s and 70’s and being crowned Hurler of the Year in 1966. It’s a credit to our GAA club to be able to recruit the services of such a manager and we are proud to have him on board in our parish. We wish Justin and our hurling club all the best for 2012. 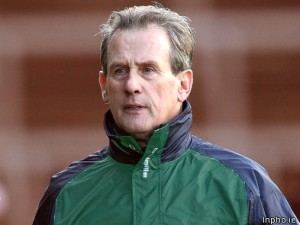